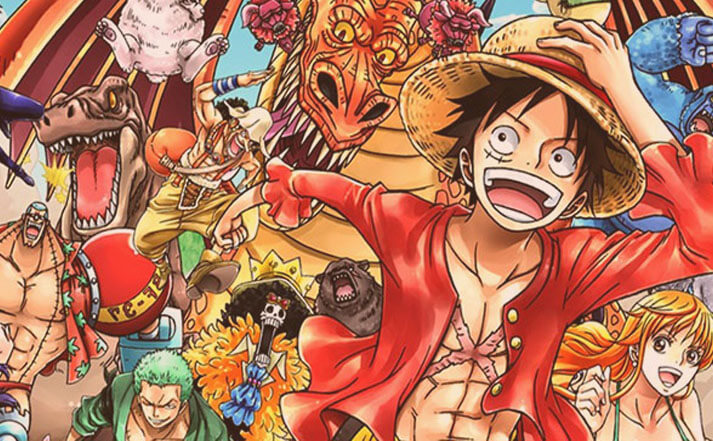 One Piece is one of the most famous Japanese Manga and Anime Series of all time by Eiichiro Oda. It was first aired on TV in 1999 by Toei Animation in Japan. One Piece features the story of young and passionate pirate Monkey D. Luffy who is inspired by the story of “Red-Haired Shanks” who previously claimed the legendary treasure of One Piece.

Luffy now aspires to find that treasure for himself to become the greatest pirate of all time. But to find the treasure he has to travel the lengths through the most dangerous sea Grand Line. Luffy’s aspiration takes a whole new level when he accidentally eats a devil fruit that grants him a unique power and makes his skin flexible like rubber. He decides to make his own crew that would help him in his journey to find the treasure, so he invites everyone who’d be useful in some way to his sail to the grand line and so starts their journey to find the Treasure.

As soon as they begin their sail towards the grand line, the crew is faced by many powerful rival pirates but their sheer determination and will power helps them turn out victorious in most of their fights which makes them more confident in their mission but also makes them a serious threat to all other powerful pirates and even the World Government itself.

The Bounty over this new crew “Straw Hat Pirates” keeps rising as they win battles and advance through their journey to Grand Line to find the treasure of One Piece and become the greatest pirates of all time in the history of pirates.

Want to watch One Piece without fillers?

If you haven’t watched One Piece yet and want to start now but also want to stick to the original Manga story without having to watch any filler episodes in between then you must check out One Piece Filler List. It has a comprehensive episode guide with all the canon and filler episodes separated and indexed by the time of release, so you don’t have to worry about the fillers straying you from the story anymore.